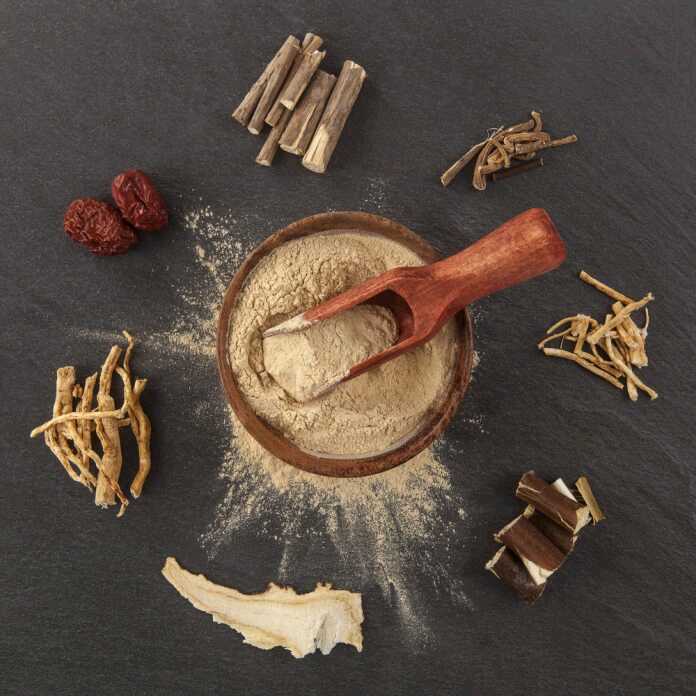 Ashwagandha (Winter Cherry, Indian Ginseng, or Withania) is a top mental rejuvenator. This medicinal herb has been used to cure mind and body since 3,000 years. In Ayurveda, this herb promotes brain’s memory functions (concentration and attention) and helps to stop nerve damage. It also helps to prevent the symptoms of Alzheimer, memory loss and other neurodegenerative disorders. It supports healthy memory, intelligence, and concentration.

It’s a powerful brain booster that promotes mental energy and nervous system. This super herb is the best revitalizer for brain and stress buster that keeps the brain calm and active. It is mainly used to soothe the mind and boost nerves. This herb stimulates the nerve endings and stimulates the oxygen supply to the cells. Its roots help in cerebral vascular insufficiency including the symptoms of short-term memory loss. It breaks down the beta-amyloid properties that develop the formed plaque in the brain that affects cognitive function. Ashwagandha boosts the protein in the liver that enters the bloodstream and clears out amyloid for the mind.

It also stimulates neurogenesis to boost brain power. This multi-talented plant can increase visual or spatial memory and help in reduction of oxidative brain stress. A 2005 scientific study published in the British Journal of Pharmacology reports suggest that ashwagandha could regenerate neuritis and rebuild synapses in critically damaged neurons. A 2010 study published in Phytotherapy Research indicates that it is useful in curing Alzheimer. Few compounds in it improve the production of acetylcholine that is the primary transmitter of neural signals.

Thereby, it can boost cognitive abilities like thinking and memory, etc. The previous research also unveiled that it helps to control cell damage in the brain and offers even more powerful antioxidant activity than vitamins A, E, and C, it has potential powers to nourish the mind and make its functioning sharpening and speedier. It leads to higher improvements in executive function, information processing speed, and memory. It also relieves stress and sleeping issues which in turn result in better cognitive function in the people suffering from mild cognitive impairment.

Four ways to use ashwagandha are a dry powder, an extract (250 to 500 mg per day), as an essential oil, or as a tea. To make the tea you will need 3.5 cups of water and two tablespoons of ashwagandha root. Build the root for 15 minutes in water, strain, and enjoy!