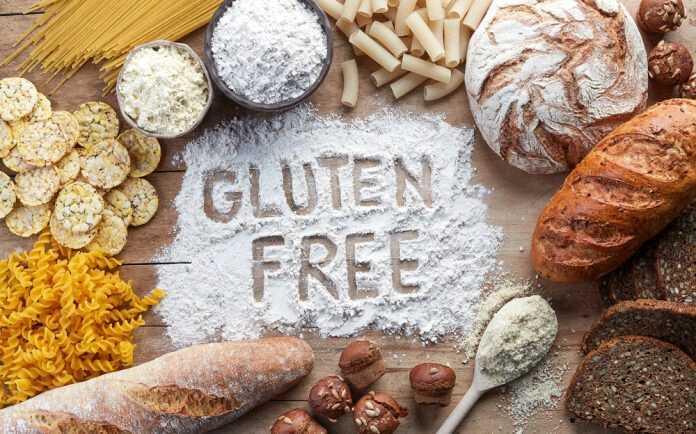 The understanding of gluten intolerance and celiac disease has had an increased boom in recent years. This digestive system disorder is believed to cause noticeable symptoms related to the digestion of this gluten.

However, the scope of the effects of this intolerance is such that, in addition to affecting the digestive system, it can compromise cutaneous health, brain development, and memory.

Primarily, gluten intolerance causes an erosion of the intestinal villus. This erosion leads to a reduction in the capacity to absorb nutrients, which can cause anemia and other problems associated with malnutrition.

What’s gluten and what effects does it have on memory?

People with celiac disease have a disorder that causes their body to react to gluten, a type of protein found in many foods. When people with celiac disease eat gluten, the immune system responds to the protein and gradually destroys the villi of the small intestine. When the villi are damaged, the body can not process the vitamins, minerals, and other nutrients it needs to stay healthy.

Possibly of genetic origin, celiac disease has been linked to having ancestors lineage from northern Europe.

Those with celiac disease who don’t follow a strict gluten eradication diet in their dietary routine have a higher risk of suffering from other medical complications. Thyroid problems, diabetes, lupus, and certain types of cancer are examples of the medical complications that can arise

Gluten’s Effects on Brain that can cause Dementia:

The autoimmune response and the inflammatory processes generated by the consumption of gluten in celiacs end up affecting the brain and leading to the development of episodes of brain fog, learning difficulties and memory loss. Therefore, a gluten-free diet could help fight dementia, prevent Alzheimer’s and improve memory.

These problems of malnutrition lead to the deficiency of nutrients essential for brain health, such as iron or vitamin D, in addition to increasing the level of cytokines as an autoimmune response to attack the inflammatory and corrosive process of the small intestine.

In this way, the rest of the organism, especially the brain, is under attack by the immune system that tries to defend itself from the protein invader. Changes in mood and behavior due to gluten consumption have been linked even with episodes of psychosis.

It has also been found that in the face of the inflammatory process, the brain reduces the production of tryptophan and serotonin, causing depression and a decrease in the capacity of neurotransmission, which leads to the cognitive problems listed.

Am I Gluten Intolerant?

The only way to be sure if you suffer from gluten intolerance is by paying a visit to the doctor to get your blood tested and studied. The doctor and tests will determine if your body produces antibodies against specific proteins, especially gluten.

It’s also possibly needed to perform a biopsy to help evaluate the possible damage that gluten may have caused on the small intestine.

To treat celiac disease consider there’s no cure. It is a hereditary biological condition that can be treated but not eradicated.

The best thing is to attend the consultation of a clinical nutritionist specialized in celiac disease that can guide you towards healthy food options for your body which, believe it or not, can also be delicious.

You can find gluten in a vast number of foods. For family members and patients diagnosed with gluten intolerance, the initial scenario can be devastating, since the protein is present in cereals, meat products, processed foods and many carbohydrates.

Immediately after you stop eating gluten, you will begin to notice a difference. After only 6 months observing a healthy gluten-free diet, your small intestine will recover, and you’ll feel better than you can ever imagine.

Presently, the most consumed cereals are wheat, rye, barley and several types of flours. Gluten is so prevalent in the human diet that its found in many pre-packaged foods that we would never suspect they contain gluten.

Fortunately, more and more products are warning the presence of gluten traces, while a higher number of companies are selling gluten-free options suitable for celiacs.

Wheat is a central element in Western food. Think of all the products that contain cereals. This leaves foods like beer, made from barley, or Ketchup sauce containing vinegar made from grains, out of the gluten-free diet.

Nonetheless, the similarity between the Gluten-Free diet and other diets, like the Mediterranean diet, is that they are beneficial for maintaining a good memory. Fruits, fresh fish, whole grains, olive oil, nuts, and vegetables are some of the essential elements of an antioxidant diet that will nourish a good memory.